Figure out where your participants went during each of your tasks and if they were successful.

The Paths tab shows you participant paths in detail. You can see where every participant clicked on the tree, and you can filter the paths by: 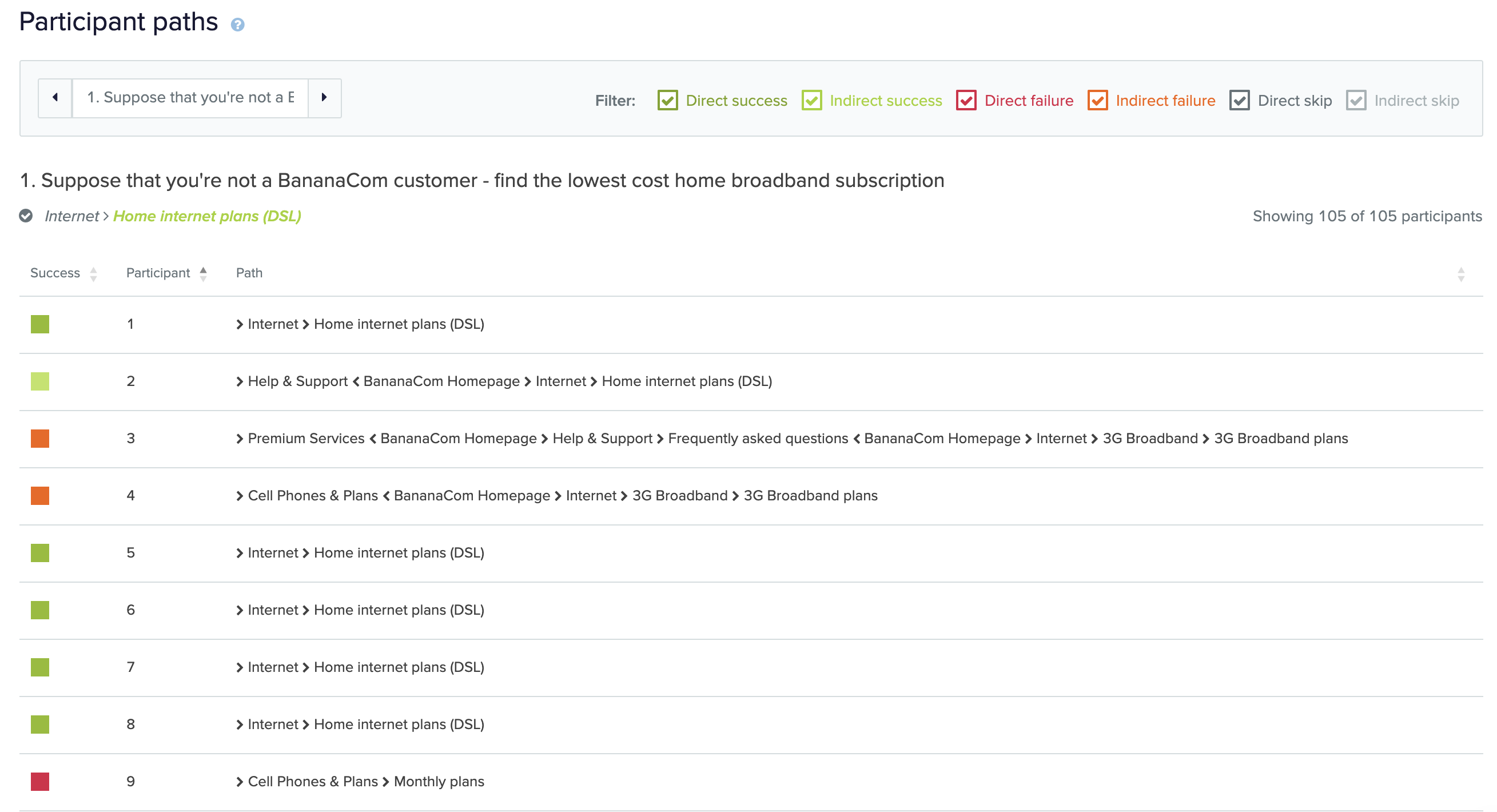 For example, in the scenario below we’ve filtered out all participants except for those who achieved a direct success for Task 1. The filter you set will stay the same as you flick through the tasks. 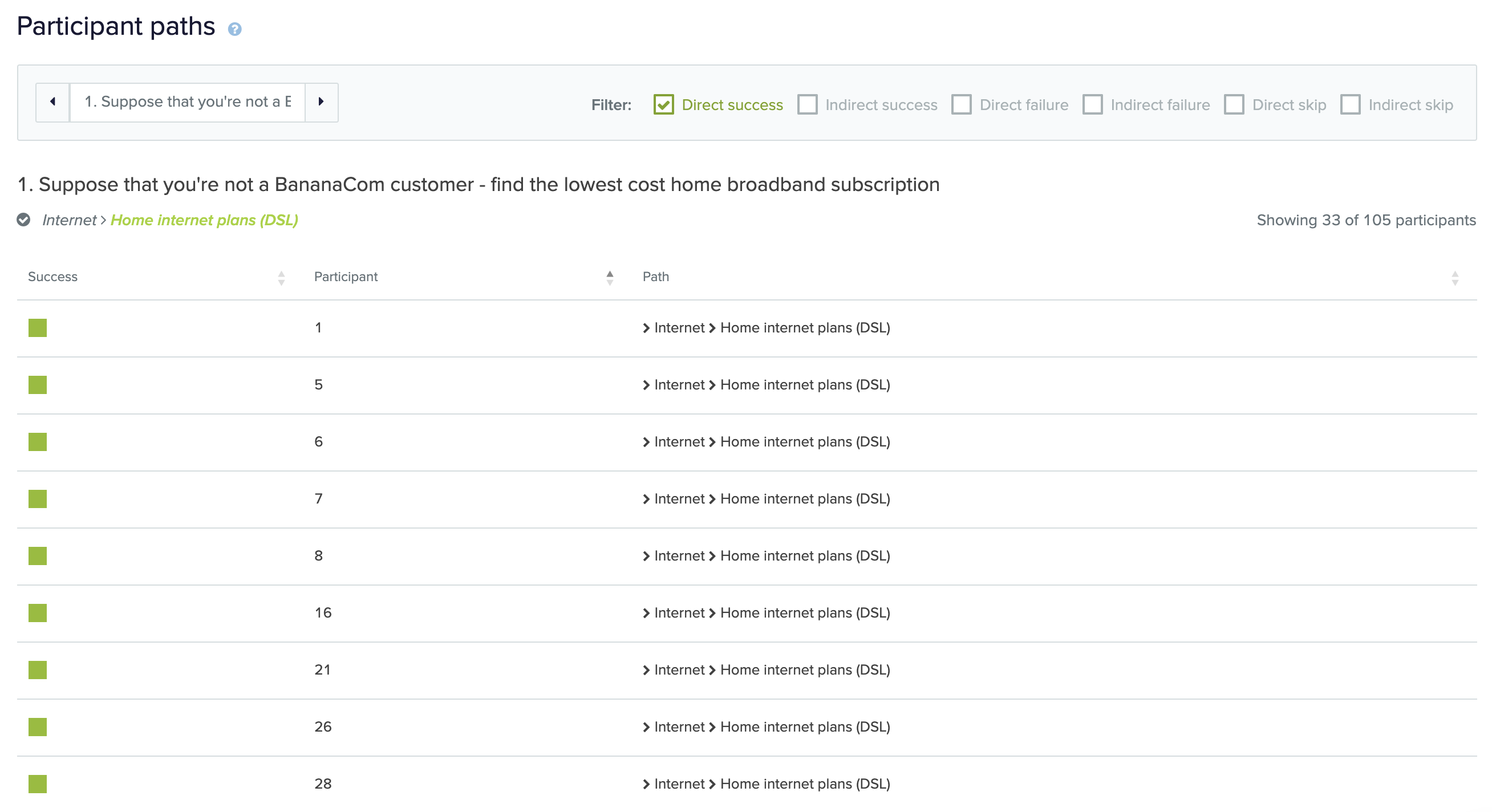