Learn how to interpret the OptimalSort 3D cluster view on the results tab and how it compares to other analysis methods.

The 3D cluster view visualizes the similarity between cards as three-dimensional spatial relationships. Each point in the visualization represents an individual card. Cards that are closer together were more frequently sorted into the same category. The further apart that any 2 cards appear, the less frequently they were sorted together. 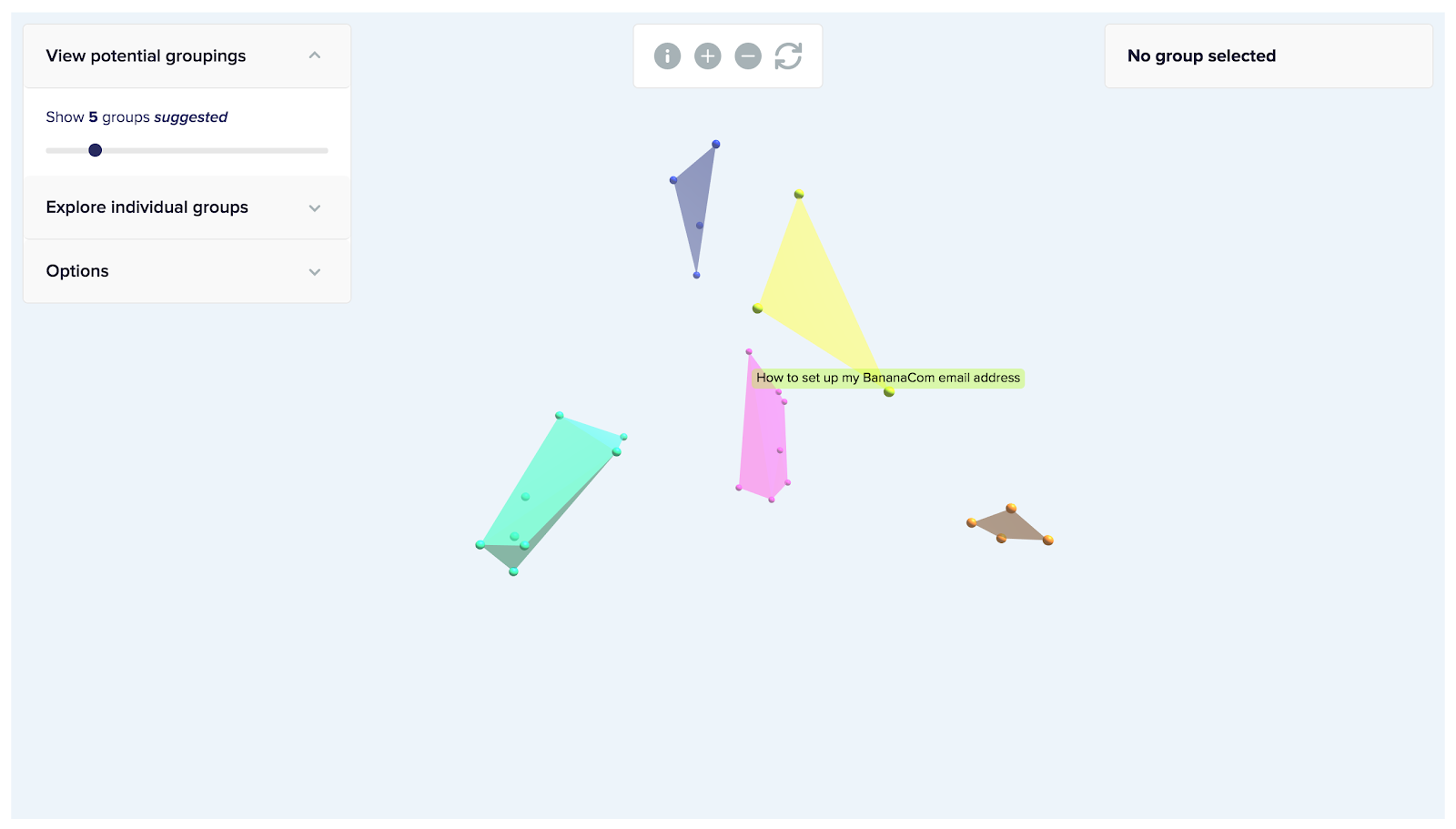 Polygons are shown over groups of cards that are clustered together. Each of these groups can be interpreted as a potential category within an information architecture. We also provide suggested category labels for each group. These are derived from looking at how many participants created similar categories to a particular group and comparing the most common labels that participants gave these categories. 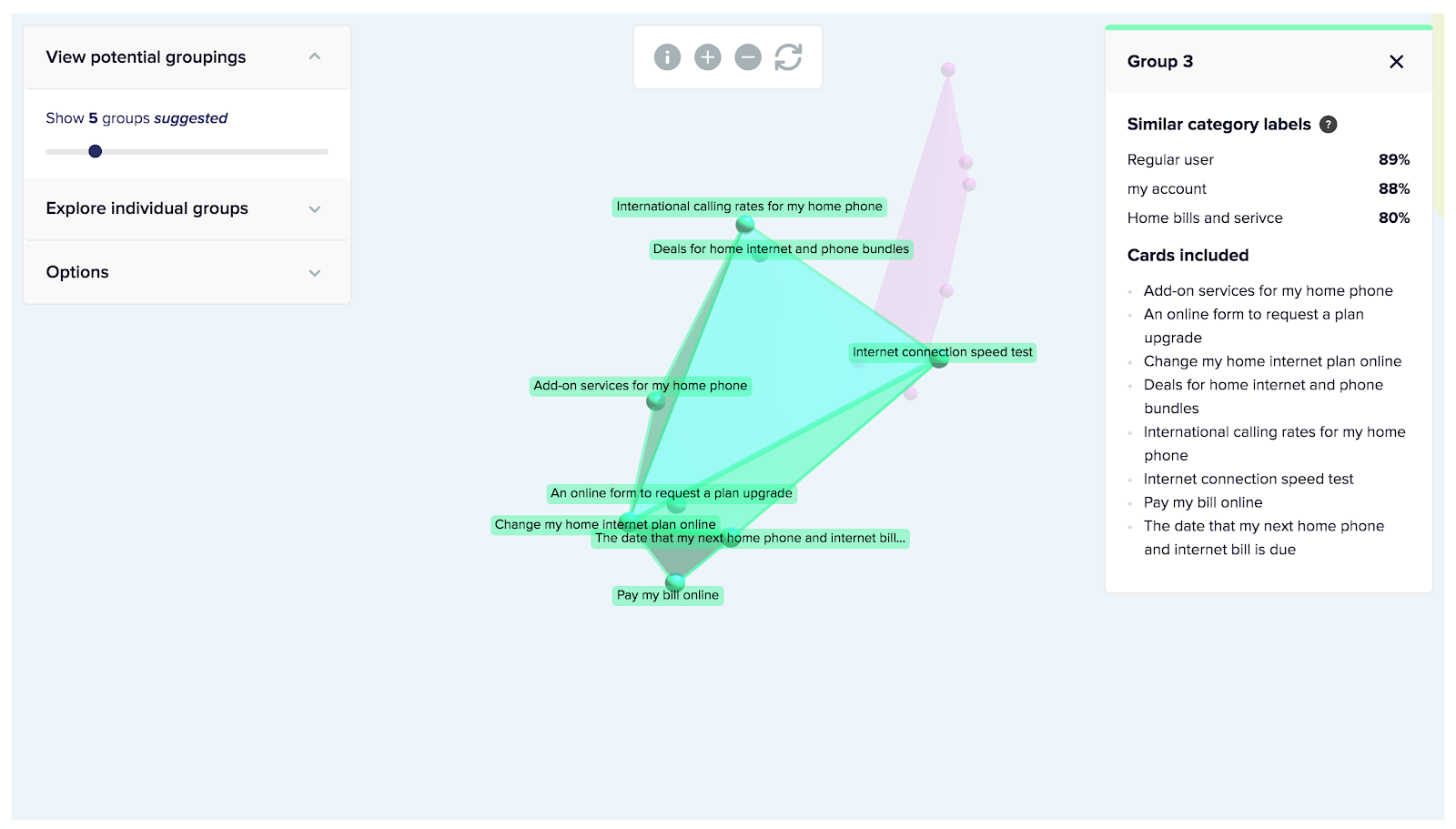 The 3DCV combines aspects of both the similarity matrix and the dendrograms by visualizing the similarity between cards and potential groupings of cards. The difference between 3DCV and these analysis approaches is that 3DCV provides a new perspective of card sort results by presenting these relationships in three-dimensional space.

How the 3DCV works

The 3DCV is a method for visualizing similarity between individual points in a dataset in a more meaningful way. The 3DCV algorithm projects a dataset with many dimensions (represented by a distance matrix) into a lower dimensional space while maintaining the relationships between points in the dataset.

In our case, the distance matrix can be derived from the similarity matrix where each point in the dataset is an individual card. This means that a card sort with 50 cards would generate a 50 by 50 distance matrix, resulting in 50 dimensions. The 3DCV method projects this down to 3 dimensions which is much easier to visualize, while still maintaining the relationships between cards.

We then use a hierarchical clustering method to separate the cards into a hierarchy of groups, similar to the structure of a dendrogram. Groups are divided in a way that ensures that the most similar cards are grouped together. Each level of the hierarchy corresponds to the number of groups displayed. At the top level there is one group containing all of the cards, at the second level there are 2 groups that together contain all of the cards, and so on.

How the 3D cluster view (3DCV) compares to other analysis methods

While the 3D cluster view (3DCV) combines aspects of both the similarity matrix and the dendrograms by visualizing the similarity between cards and potential groupings of cards, there are some key differences between these analysis methods.

Both the 3DCV and the dendrograms show clusters of potential groupings based on hierarchical analysis, however the 3DCV shows the spatial relationships between these clusters, which the dendrograms do not.

The 3DCV provides a new perspective of card sort results by presenting these relationships in three-dimensional space.