How to capture observations in Reframer

You can start capturing observations as soon as you've created a session.

The interface is designed for you to capture and tag your observations as quickly as possible. It encourages you to capture everything you see and hear.

To capture an observation quickly 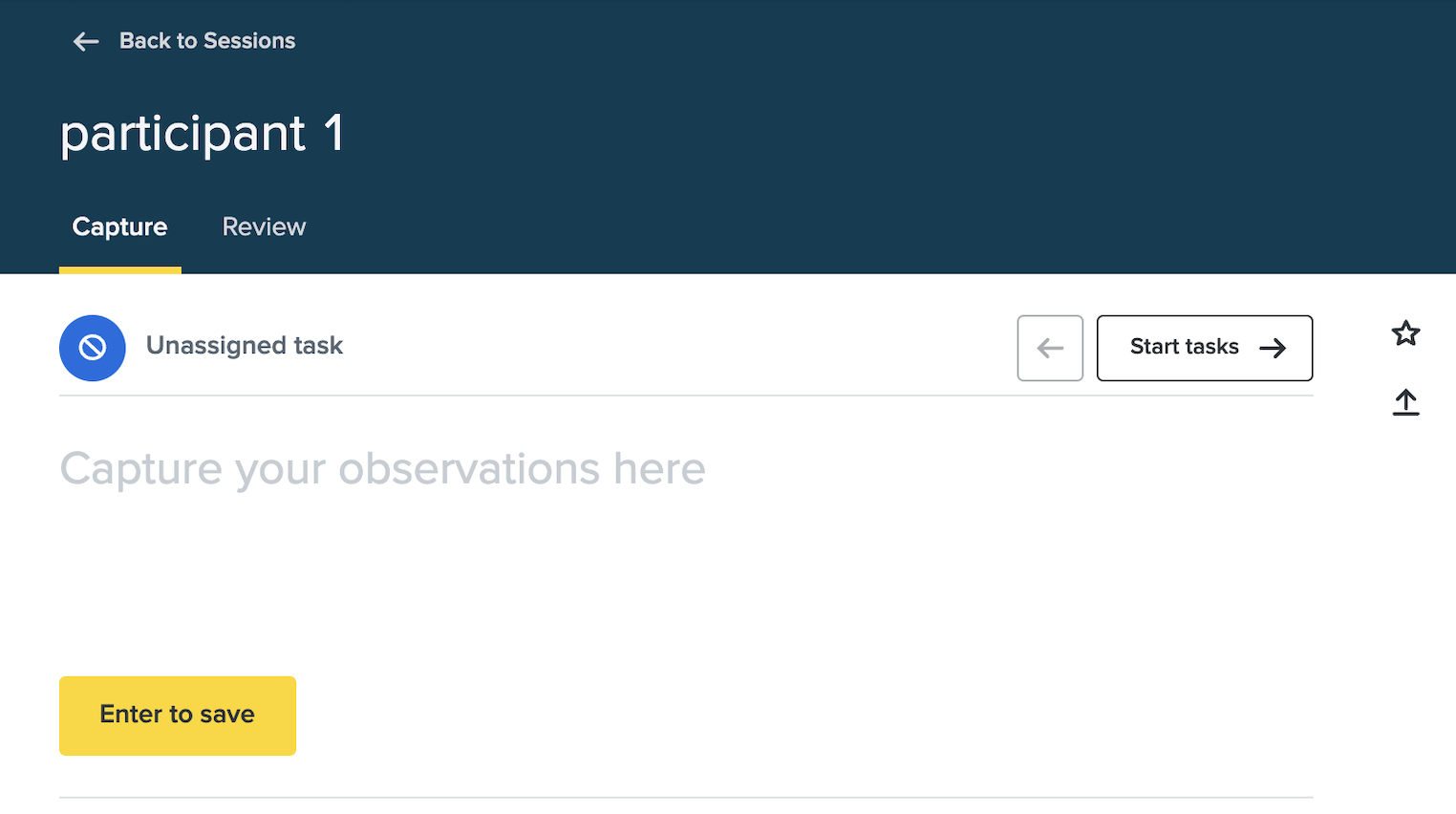 You can write your observation as one paragraph and hit Enter to save and start the next one, or you can hit Shift+Enter to start a new line within the same observation. We recommend keeping each observation simple, clear and as close to verbatim as possible - it will help with analyzing later on.

Assign tasks to your observations

Once your tasks or discussion points are set up you'll see them on the right side panel while capturing observations. You can refer to them as a guide, or quickly assign the observations to the relevant task.

Assigning tasks to observations means it's easier later on to filter your observations based on tasks, making analysis faster.

How to use tasks for exploratory research

In an exploratory qualitative research session, such as discovery interviews or focus groups, the discussion may shift between different questions, or it may be hard to attribute to one specific task.

In this case, it's best to leave out task assignment and focus on observing and noting down as much as you can, you can always clean up and assign an observation to a task later.

By default, your session will begin with ‘Unassigned observations’. This is for all the information that’s not related to tasks, such as background information about your participant. By leaving it ‘unassigned’ you can still capture and store this information for analysis later, without tying it to specific tasks. 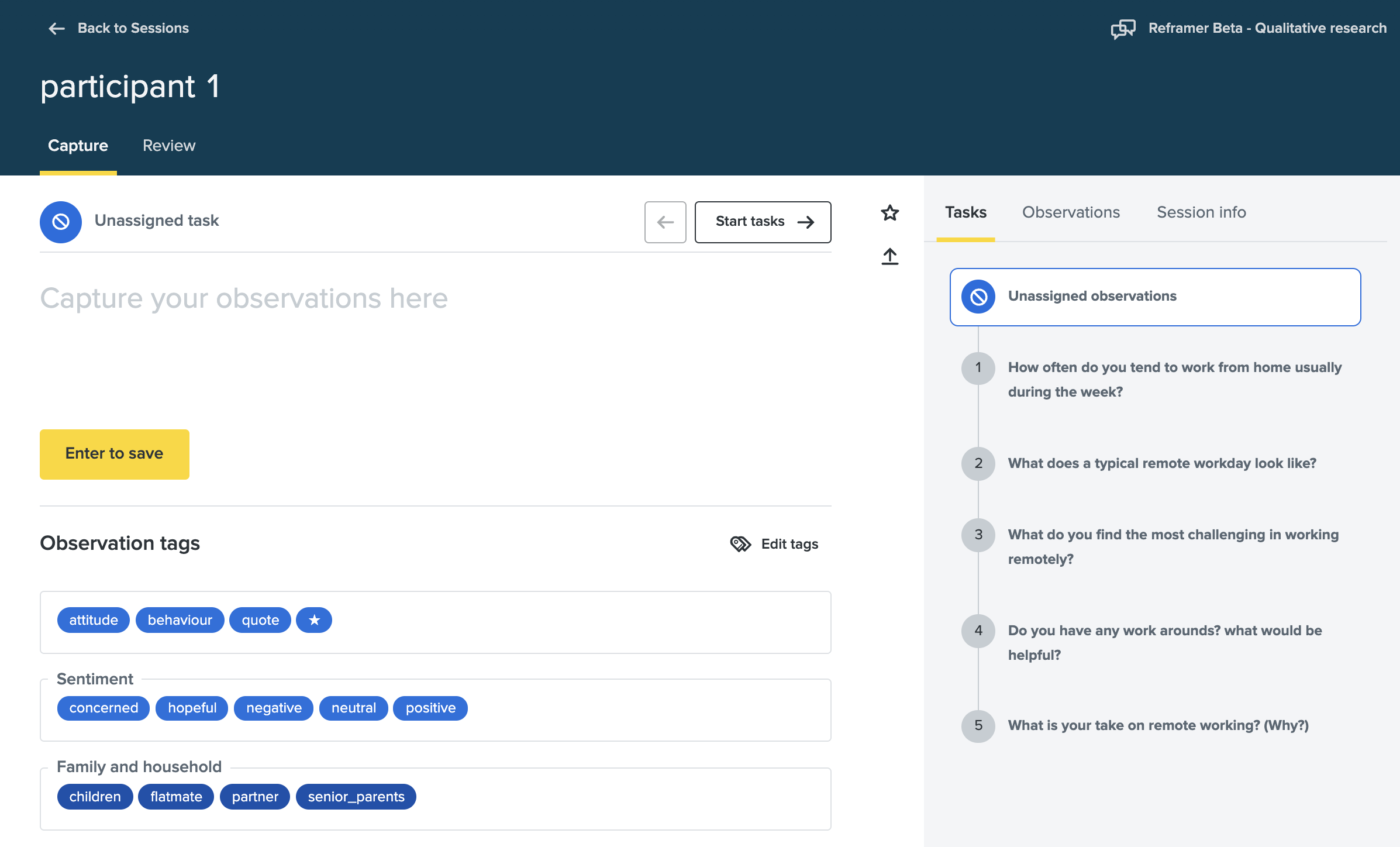 To add observations to tasks

When you’re ready to start capturing observations related to a task, you can click 'Start tasks' or just click on the task in the sidebar on the right. 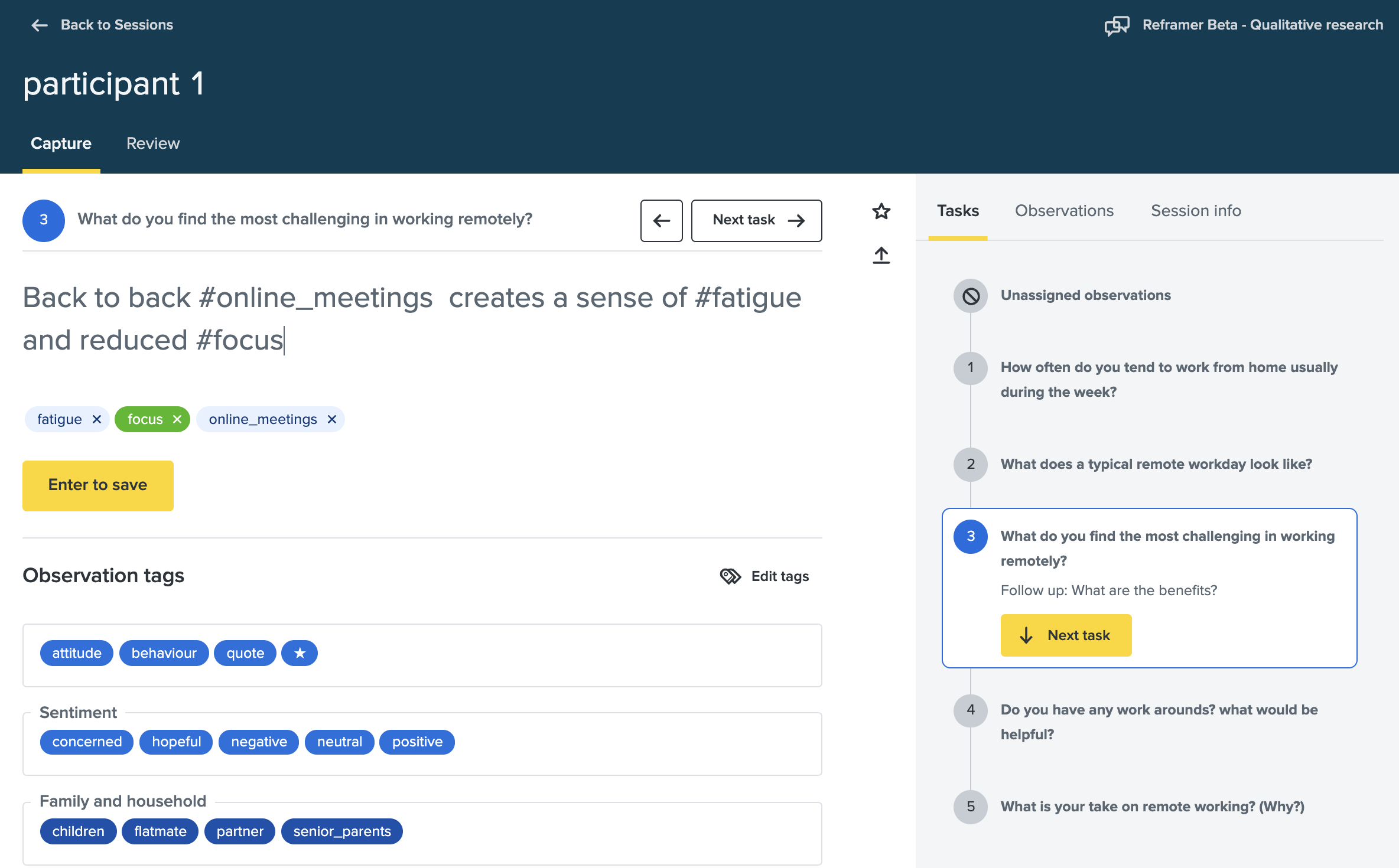 To edit tasks assigned to observations

If you’ve made a mistake, you can reassign observations to different tasks in the 'Review and tag' tab during analysis.

To tag observations while capturing notes

To help focus your attention during your session, we recommend tagging your observations afterwards in the ‘Review and tag’ mode, at least to start with.

To tag an observation while in a live session

However, sometimes we want to quickly add tags for later reference while capturing observations.

To tag an observation retrospectively

If you are taking notes retrospectively, for example, after the session by referring to a video, you may want to tag while taking notes.

You can do this by selecting existing tags from the tag list below the observation input. 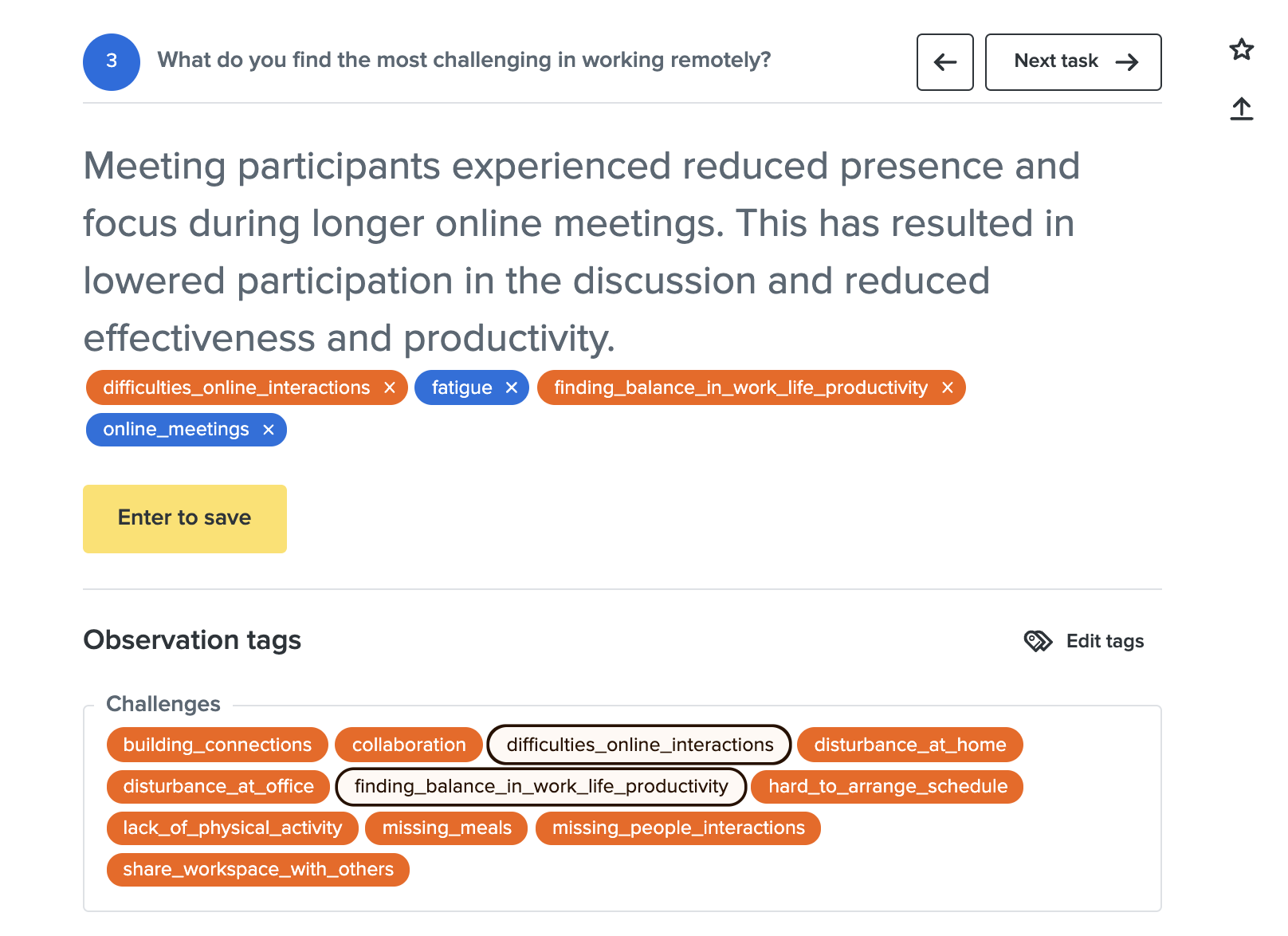 You can edit or add new tags as well by clicking on 'Edit tags'.

Use starring to highlight important observations